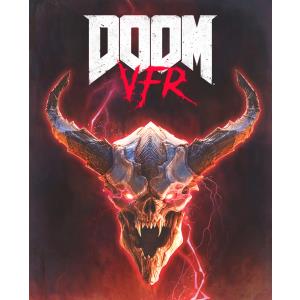 In DOOM:VFR,the demons from Hell have wiped out everyone inside the UAC's Martian research facility - except you. As the last known human survivor,you have to restore operational stability and stop the demonic invasion. There's only one catch:you're about to be slaughtered yourself. But thanks to a top-secret UAC research program,your consciousness has been transferred to an artificial intelligence matrix. Along with all kinds classic DOOM weaponry,you'll be armed with the ability to Teleport and Jet-Strafe so you can move fast in combat and quickly close the distance between you and the demons,then blow them to bloody bits with your Tele-frag ability. As an A.I. operative,you can also transfer your consciousness to UAC devices and robots to solve puzzles and gain access to more areas.