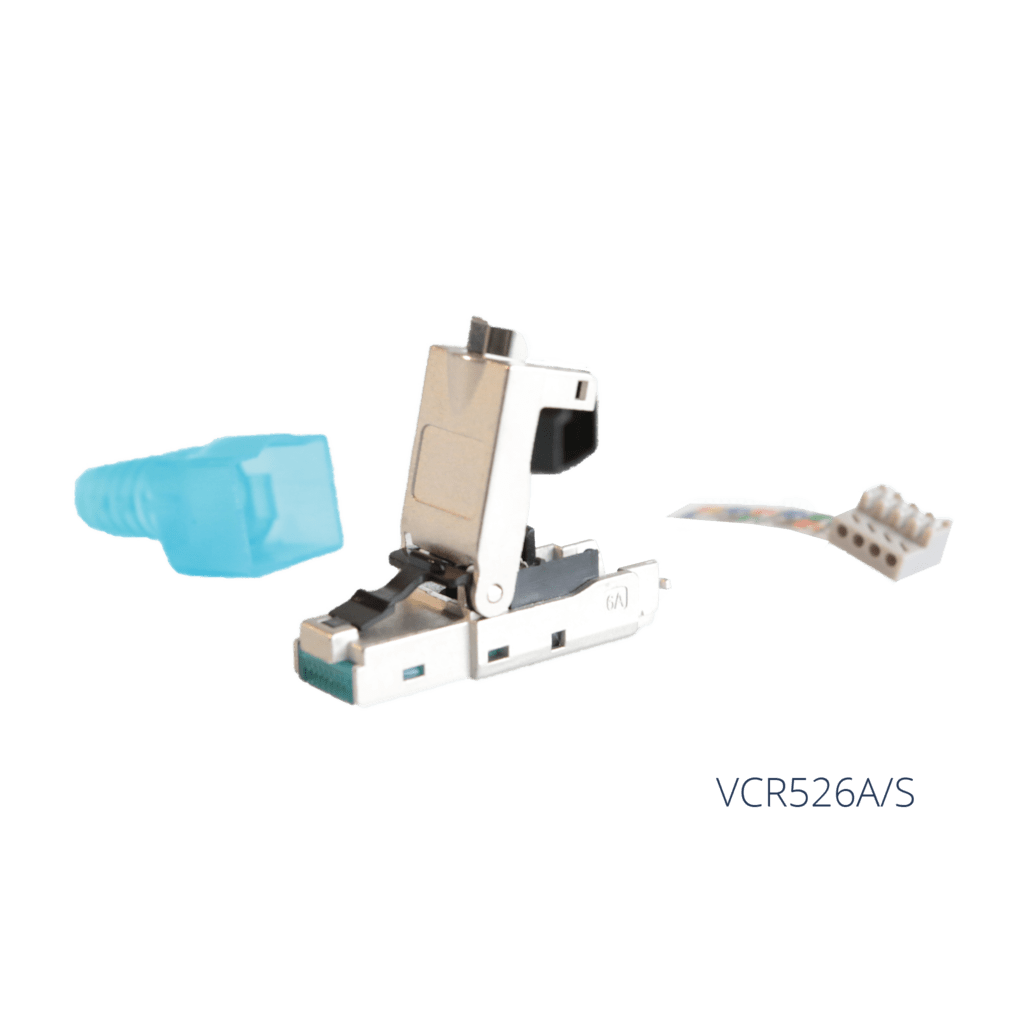 The VCR526A is a toolless RJ45 modular plug, designed for computer and AV networking. Fitted with a connection that features an unique toolless termination, allowing quick disconnection of network cables. The toolless, push-down contacts are suitable for both stranded and solid inner conductors. Each jack is color coded for both the EIA/TIA568 A and B standards making for a true plug-and-play installation. The VCR526 has 2 variants: the VCR526A/U is the unshielded variant and the VCR526A/S is the shielded variant.